The Empath Series - Answers: Why does my body hurt? 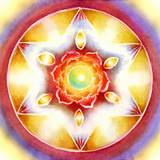 Are any of these experiences familiar to you?


I was first hospitalized at the age of 3. Apparently, my bladder somehow stopped functioning. It was my first experience of my body internalizing too much feeling and manifesting as a withdrawal from the physical and the body simply shutting off.
It came and then it went. No one could explain why or how. Then when I was 9, I was hospitalized again because I could not move my neck. My parents had left us with my paternal grandparents when they went on a trip and it was not a harmonious situation, so I stopped moving. They put me in the hospital, and then in traction, which even then made no sense to me, as my neck was already not moving...
They decided I probably had a brain tumor and gave me a myelogram which consisted of shooting dye into my spine, x raying it and then removing the dye which has the effect of a spinal tap, taking spinal fluid and creating a terribly painful migraine level headache and excruciating spinal pain. They found nothing and eventually it disappeared.

Without a "filter" I absorbed everything from everyone. At the time (the 1960's) neuropeptides were not yet studied, and neuroscience and the mind-body had not yet entered the mainstream consciousness. So I was on my own.

I discovered early on that I was highly allergic, received multitudes of tests but when they told me I was allergic to animals, that was it. I somehow knew I had to find my own way.  It was the beginning of my exploration of alternative healing modalities. I began a study of herbs and natural foods. In 1972 I discovered Flower Essences and Vibrational Medicine and I knew then that I had found my " medicine".  http://www.katerosehealing.com/about.html
At 14 I became a vegetarian and stayed that way for about 10 years until one of my beloved spiritual teachers gave me a very powerful lesson that changed everything.
(See the story "The Golden Chains")

I spent many many years sick and in pain, not knowing that it was not all mine. Until I learned how to create the filters, clear my whole energy field and strengthen it so that it is impermeable to other people's feelings and the energy they carry, I could not stay healthy.
In addition, as a Healer, I was processing through my body. I thought I had to. I became so depleted that I thought I was going to die. Let me say clearly here that these clearing and cleaning practices did not lessen my sensitivity or empathic gifts or perceptions. In fact, they all became clearer,  and my work much more focused and effective. Like ramping up my download streaming speed to a million g's.
It was then that I began to work with feeling energy, and seeing energy,  understanding the need, not just need but the requirement to learn how to clear and clean my field, have incredible, beautiful, functioning, stable boundaries and be willing to let go of other people's "stuff."
One of the biggest hazards in empathic living is the belief that we must carry all the feelings of the collective. " If I can see it and feel it I am responsible for fixing it". We miss the fact that we may be taking something from someone that they need. It is I believe a hard lesson for people who have a healing vocation to know when to let go. It certainly was for me. This takes us into the realm of Empathic Codependence.

If your body us hurting, if you are sick and in pain, first and foremost, begin by asking " Is this mine?" You will almost always know very quickly, especially if you are working with others or worrying about someone etc etc. Learning to clear and clean your energy field is crucial to your health. Just as we shower and brush our teeth every day, this must become part of our "maintenance".

The whatever we have created or absorbed into our system that is nmainufestingas illness or pain can be focused on and healed.
I no longer suffer these pains that I suffered for decades. I have healed my own "auto-immune" disease. I have no allergies.
From this exploration and practice, I discovered the healing power and secrets of the Free Empowered Imagination.


ImagineHealing™
Imagination by its very nature is free to create anything and everything. When we use the power of this dynamic force with attention, intention, focused awareness, trust, and creativity, we bring ideas and intentions into reality at the material level . Once the imagination is allowed to run freely, the power it manifests is unlimited. We have, inside ourselves a most magnificent tool; an infinite resource as powerful as the sun.


Kate Rose has created an elegantly simple and instantly effective process to unlock the infinite potential of the human system to regenerate itself. When Imagination is freed from the constraints of logic, it takes its natural shape & becomes a precise tool of unlimited power for healing & transformation.
Learn how to access, ignite & activate the infinite power of a free imagination.

kate rose
Kate Rose is a Holistic Empath, Equine Empath a Tragerwork Master Teacher , creator of Functional Empathy,Empathic & Vibrational Intuitive Healer and the creator of the RoseAngelis Flower Essence Remedies. She has practiced and taught Holistic Healing, Tragerwork and Functional Empathy for over 35 years in the U.S., Europe and the Middle East. Her work includes healing humans,horses and the earth. Combining her 25 years as a classical ballerina, and her 35 years teaching Holistic Healing, Functional Empathy and Tragerwork and Flower Essence Therapy, she has created a highly simple, refined, effective method. With her understanding and knowledge of anatomy, the nervous system, the long term effects of trauma and repetitive stress combined with her unique and highly developed ability to feel and understand feeling, she skillfully communicates directly and clearly affecting change and healing, increasing fluidity, range, flexibility and freedom of movement. Tragerwork -Elements and Effects, Functional Empathy, Empathic Healing for Emotions and Trauma, RoseAngelis Flower Essence Remedies, Hands on Healing for Horses.